Take some time and read our newest Cannabis article titled “Building Cannabis IP Includes Both Your Brand and Your Technology” in Green/Entrepreneur Magazine.

Building your trademark and copyright intellectual rights through branding will allow you to retain exclusive use of your logo, trade names or marketing content, so that no one else can make use of them, giving you the opportunity to achieve the rewards of investment in your brands through marketing efforts.

Blurred Lines or Fuzzy Math: How Did They Come Up with $7.3 Million or was it $5.3 Million? – Damage Calculations in the Music Industry

Nothing speaks to the currency of music quite like damage calculations in litigation. The recent Blurred Lines copyright infringement ruling which Robin Thicke and Pharrell Williams have vowed to appeal provides a window into how valuation experts work with legal counsel to put a number on it for their mutual clients and the perils of having such questions go to a jury for a verdict. This expert panel of litigators, CPAs, intellectual property professionals and transactional attorneys will speak with firsthand experience of damage calculations in the Blurred Lines case and other legal actions to bring clarity to what otherwise might merely seem to be blurred lines.

Mr. Bania has over 13 years of experience analyzing, valuing and apportioning intellectual properties and intangible assets including song royalties for tax and estate purposes.  He has analyzed a wide range of intellectual properties, including trademarks, Internet assets, rights of publicity and copyrights in a variety of contexts.  Mr. Bania is a a Certified Licensing Professional (CLP) and holds a MA from San Diego State University in Television, Film and New Media Production; and a Bachelor’s Degree in Cinema from San Francisco State University.

Mr. Bania reviewed the history of the song “Blurred Lines” including the marketing, social media activity, videos and sales numbers and performed an analysis on the copyrights and the other elements related to the song and video to determine what portion of the song’s success was attributable to the alleged infringement at issue in the case.  Specifically, Mr. Bania described the typical structure of a composition and a sound recording of that composition and explained how rights are divided amongst the various copyrights. Mr. Bania identified the factors that contributed to the success of the composition and sound recording titled “Blurred Lines” and determined what portion of success of the song was due specifically to the use of certain musical elements found in Marvin Gaye, Jr.’s composition of the song “Got To Give It Up” that are claimed by the Defendants in this case.

A copyright protects the expression of an idea but not the actual product or process that is provided to customers.  Therefore, the copyrights that protect a song require additional resources such as recording facilities, human capital, marketing and distribution assets, and other tangible and intangible assets in order to generate revenues, profits and economic benefits from the song.  “Copyright protection alone does not create economic benefit, and the owner of a copyright must use additional assets and resources to generate economic benefits”, states Bania.

Mr. Bania explained to the Jury that copyrights depend on other assets and resources to generate revenue.  For example, in the music industry a songwriter who writes a song does not make money simply from the act of writing or committing the music and lyrics to paper.  The songwriter typically records the song and works with a record label to promote the resulting sound recording or works with a publisher to promote their song.  Similar to publishers, recording artists generally rely on the record label’s financial resources, relationships with radio, television and other media, and marketing and promotional skills in order generate economic benefit from the exploitation of their songs and the recordings thereof.

As the copyrights related to a song rely on other assets and resources to become successful and generate revenue, the copyrights do not provide 100% of the revenue, profits or success achieved from the sale of a song.  Bania said,  “A claim by a copyright holder based on 100% of achieved profits would overestimate the contribution of IP to the product allegedly using that IP”.

As a result of Mr. Bania’s analysis described, the success of “Blurred Lines” was due to a combination of factors beyond the Song itself, including substantial contributions from the videos, extensive marketing and promotional efforts; and social media discussions and promotions.  The success of “Blurred Lines” appears to have been the result of several factors not related to the claimed musical elements. 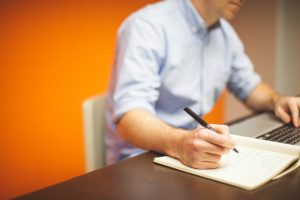 Intellectual property (IP) is the legal term used to describe creations of the mind. Any work of art, invention, phrase, symbol, design, discovery or work of literature could be referred to as intellectual property. Although the term has been in use for over 200 years, its use did not become common until the 20 century.

In the modern era, the valuation of intellectual property (IP) has become a business issue that is essential to many companies’ financial, business, marketing and branding goals. Intellectual property valuation work is usually done to provide corporations, inventors, manufacturers and artists with a sound appraisal of the intangible properties they own.

The Basics of Intellectual Property Valuation

Whether it is required for a sale, a purchase or a merger, intellectual property valuation is seen as one of the most essential tasks required for strategic management. There are a number of reasons why an intellectual property appraisals may be required, often having to do with issues such as pricing and transactions, tax planning, royalty rates, litigation or financing.

There are several categories of intellectual property, their valuation often depending on both the specific traits of the IP and unique circumstances of their owner:

The valuation process for each of these categories requires an in-depth economic understanding and extensive knowledge about each specific type of intellectual property, what it entails and which valuation standards they belong to.  There are four main approaches used for intellectual property valuation, each of them using a different method and philosophy to determine the value of the assets.

Considered the most common and widely used valuation method for IP, the Income Method addresses an item’s ability to generate gains, defining the present value of an intellectual item, while addressing the anticipated economic benefits that it could bring during its estimated life span.

When using this approach, experts pay special attention to five main factors that can help pinpoint the exact value of a piece of intellectual property:

It is also important to draw a clear line between business enterprise value and the actual value provided by the intellectual property in question to support the business in achieving higher revenue.

Valuation Based on Cost

The cost approach values a piece of intellectual property based on the amount of money it would take to either reproduce it as – for instance, an exact replica of a particular invention – or replace it with a similar item, based on the same principle, and designed for the same goals.

Although this method seems simple, it has to do with far more than just R&D costs. It requires a valuation expert to properly address a variety of factors, such as the changes in the value of a specific component from the time of the IP’s invention to the present date, or the impact that any exterior developments may have had on the manufacturing/development process.

An example of this would be the use of advanced software applets for the recreation or replacement of a specific piece of computer code that needs to be valued as intellectual property.

This valuation approach is most useful in areas where very little financial data exists and where technical information has to be taken more seriously. It is mainly associated with early-stage technology and the establishment of a maximum price for a technological asset as it relates to proposed transactions.

This is considered one of the most sound and accurate valuation methods in use today. The market approach is meant to ascertain a specific asset’s value based on the principle of competition and equilibrium. The market approach assumes that, when you own a piece of intellectual property in a free and unrestricted market, factors such as supply, demand and pricing comparison will work to create a type of balance that stabilizes the price of an intellectual asset.

The Relief from Royalty method is based on a lesser-known theory called the “deprival theory”. This method takes into account the perceived amount of money that a certain company might be deprived of if it did not own the intellectual property that is put up for valuation.

For instance, if a well-known corporation did not come up with the plans for a new appliance that has achieved resounding success in the months and years prior to its valuation, the firm may have been required to rent the said service or product from a third party, effectively having to invest potentially large sums of money.

Because the market size and the value of market shares are generally common pieces of information that can easily be accessed, the Relief from Royalty method is commonly used even if intuitively for the quick valuation of a wide array of assets despite the fact that, in some cases, it can be somewhat unreliable.

Some of these methods can still be quite practical, including the Discounted Cash Flow method – designed to determine the value of IP based on current cash flow values – or the Historic Cost valuation method, which is meant to appraise an IP item based on the amount of money invested into its development from its very inception (as long as the development process was started in the recent past).